Ever wanted to know how to make an App?

Need help in finding How To Be An App Developer? Not knowing how to begin with App Development?

So, let’s bring the basics of app development to you. Mobile apps have been developed for a long time now. According to the needs of the day, Mobile App Development is too much of a trend. From the gaming apps to e-commerce apps, you have all the apps available at one click.

Apps are generally downloaded from application distribution platforms which are operated by the owner of the mobile operating system, such as the App Store (iOS) or Google Play Store. Some apps are free, and others have a price, with the profit being split between the application's creator and the distribution platform. If you ever wanted to know how to develop an app then you are reading the correct article. How Mobile applications often stand in contrast to desktop applications which are designed to run on desktop computers, and web applications which run in mobile web browsers rather than directly on the mobile device. 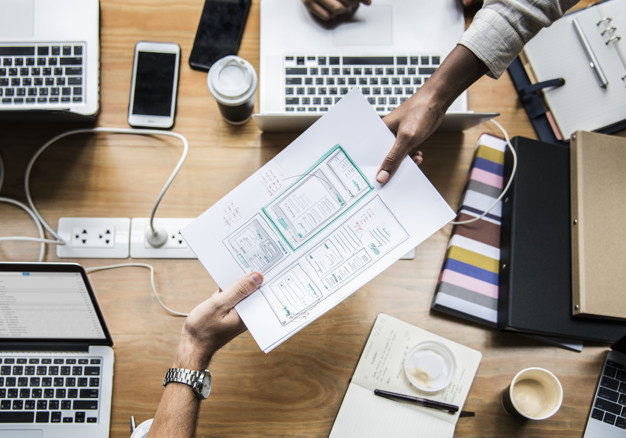 How to Make an App?

Ideas and Strategy on how to develop an app

For making an app the first thing you need to do is have a detailed idea about the problem. Then, the app will be the solution to it. Now, making the strategy and finding the loose ends of your solution is also a task. Developing an application is not a cakewalk. You need to strategize the proposition.

The most basic thing every developer does is sketch out the strategy. The prime focus should be on what data you want to display, what interfaces are you planning to use. Design the layout and find the good languages to code. Python and java are the two most trending languages for mobile application development. If you really want to know how to develop an app, then the analysis and planning should be different from others. Like how you can engage customers to your application.

For Developing An App the User Interface is used. User Interface (UI) design is the process designers use to build interfaces in software or computerized devices, focusing on looks or style. Designers aim to create interfaces which users find easy to use and pleasurable
There are different types of UI interfaces that are used for different purposes. The most common user interface is the Graphical User Interface(GUIs)

Graphical User Interface is a form of user interface that allows users to interact with electronic devices through graphical icons and audio indicators such as primary notation, instead of text-based user interfaces, typed command labels or text navigation.

The next type is specially designed for the virtual reality applications mostly used in the gaming sector.

Gesture Based Interface refers to using specific gestures, like scrolling, pinching, and tapping to operate an interface. It also refers to gesture recognition, including tipping, tilting, eye motion, and shaking.

Create the Wireframes:
Wireframes are the initial frames of mockups. By determining the type of application you’re creating, design the layouts and interface of the application. Developers are supposed to keep a lot of factors in mind when creating the app. Very complex functions can make the app boring and difficult to tackle.

Mockup For Mobile App Development:
Designing a mobile app mockup is the best way to visualize how your app will look and feel when complete. It lets you test out both visual and information hierarchy and gives you the opportunity to test drive any gestures such as swiping and tapping.

Check The Prototypes:
After designing the mockup of an app, it’s prototype is supposed to be checked. Prototypes are used in determining the user experience and the app workflows which are supposed to be present in the application.

The back end technology used by you is the backbone of mobile application where it actually stands. It includes database and necessary server side objects. You need to check the new developments which are supposed to be made in the back end functionality for different devices.

API of Mobile Application Development:
API is the acronym for Application Programming Interface, which is a software intermediary that allows two applications to talk to each other. Each time you use an app like Facebook, send an instant message, or check the weather on your phone, you're using an API.

The front end of mobile app development which actually will attract clients to download the app. You need to design the layout part in mockups. Moreover, the part where you need to decide the internet usage of the client also happens here. The amount of data you want that can be accessed offline is done in this step

The last and the most important step in mobile app development or any other development is testing. You need to run the application on different platforms. There are types of mobile app testing which you need to clear before launching your app. Functional Testing, Performance Testing, Security testing, Device and platform testing.

This is the sum up of how you can actually develop an app by learning some languages and with the knowledge of different components of a mobile application. My friend tried to make an app but he failed on the testing part again and again. So he searched for the best app development company Melbourne and now he is earning in crores through his app. If you fail again and again while testing and debugging then it's better to hire the best mobile app development company Melbourne. Their Experts know how to develop an app and they will do their best to make an app for you.

Live And Maintain The Application

Now, after you’re done with the making of a mobile application, you have to make an account on different stores to make it go live. Firstly, you submit the application and then pay the subscription fee. The most common stores are Google Play Store and iTunes Apple store.
After your app becomes available at app stores you have to check the analytics of your app. KPIs or Key Performance Indicators are used to analyses the usage. Share and promote your app on different platforms for its wide usage. Also, keep asking people for improvements and suggestions which will help you keep the app updated.

These are the things to do while developing an app. If you know how do you make an app then you have to maintain your application and bring some interesting offers, sales and discounts to engage customers to your mobile application.